Are you a Seed Flinger or a Seed Holder?
Exodus 3
1 Now Moses was keeping the flock of his father-in-law, Jethro, the priest of Midian, and he led his flock to the west side of the wilderness and came to Horeb, the mountain of God.
2 And the angel of the LORD appeared to him in a flame of fire out of the midst of a bush. He looked, and behold, the bush was burning, yet it was not consumed.
3 And Moses said, “I will turn aside to see this great sight, why the bush is not burned.”
4 When the LORD saw that he turned aside to see, God called to him out of the bush, “Moses, Moses!” And he said, “Here I am.”
5 Then he said, “Do not come near; take your sandals off your feet, for the place on which you are standing is holy ground.”
6 And he said, “I am the God of your father, the God of Abraham, the God of Isaac, and the God of Jacob.” And Moses hid his face, for he was afraid to look at God.
7 Then the LORD said, “I have surely seen the affliction of my people who are in Egypt and have heard their cry because of their taskmasters. I know their sufferings,
8 and I have come down to deliver them out of the hand of the Egyptians and to bring them up out of that land to a good and broad land, a land flowing with milk and honey, to the place of the Canaanites, the Hittites, the Amorites, the Perizzites, the Hivites, and the Jebusites.
9 And now, behold, the cry of the people of Israel has come to me, and I have also seen the oppression with which the Egyptians oppress them.
10 Come, I will send you to Pharaoh that you may bring my people, the children of Israel, out of Egypt.”
11 But Moses said to God, “Who am I that I should go to Pharaoh and bring the children of Israel out of Egypt?”
12 He said, “But I will be with you, and this shall be the sign for you, that I have sent you: when you have brought the people out of Egypt, you shall serve God on this mountain.”

Evangelism. It’s what Jesus commanded us to do before He left Earth,  for many Christians we don’t know where to begin.

Evangelism is vital in a Christians life. Why? It makes you grow, and it exercises your faith.

Minding your own business and bam, God speaks to your heart about an individual around you to witness too, no He doesn’t want you to stand on a table or a high surface and preach to them, all He is asking for you to show the compassion that He has for His children by introducing them to Him. Many time’s people have figured that I was a Christian, after talking to them about other topics besides Jesus. I’ve had one person tell me that they could tell by looking into my eyes. One topic when I’m in the doctor’s office sitting around or any other public place is that I bring up those six simple words ” So what church you go too” and that’s it. Those simple six words could start them off in a different direction where they had been. They would then feel that tug of the Holy Spirit to make their life right. But first, the seed must be planted by us.

The Seed for God’s people.

We read in the first verse of Exodus 3 God calling Moses from the burning bush. While Moses pretends not to see the burning bush that is being consumed or he might have been asking himself “Am I seeing what I think I’m seeing” we don’t have that faith of “God can do anything” we are stubborn in our ways turning aside like Moses. That co-worker that you think will never get saved you turn aside too, the alcoholic that you see pass by your street you turn aside too, the cripple that is crying out for a healing you turn aside too, God is pointing out the obvious, He has heard their cries long enough and He has called you and I to do a mighty work for the Kingdom to rescue them by telling of the Gospel.
But Who am I? “I’m slow of speech”, excuses begin to cloud our mind which is the natural way of thinking but let’s override the flesh and step out in the Spirit by obeying His command.
We have that thought every time were in a situation of witnessing. Who am I? I’m no preacher, I’ll let someone else do the talking. We miss the opportunity that was given by God for us to plant a seed.  So be a seed flinger not a seed holder!

He will help
“To this day I have had the help that comes from God, and so I stand here testifying both to small and great, saying nothing but what the prophets and Moses said would come to pass” Acts 26:22

You’ve been there, you see a that attractive  man/woman and you want to say something and you can’t think of the words to say to introduce yourself to him/her. Think of this circumstance as the way God see’s it. God’s Word proclaims that none should perish, but have everlasting life. He is  aching for all His creation to return to Him. So the next time you see someone, pray for the eye’s of God that He will give you those words to speak to His bride. 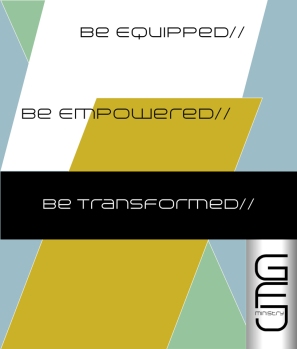